NAIROBI, KENYA - AUGUST 16, 2011: Each morning at six am, Kamau "Kelly" Ng'ang'a trains for one hour doing a variety excercises at the Joseph Kangethe Social Hall in Kibera. 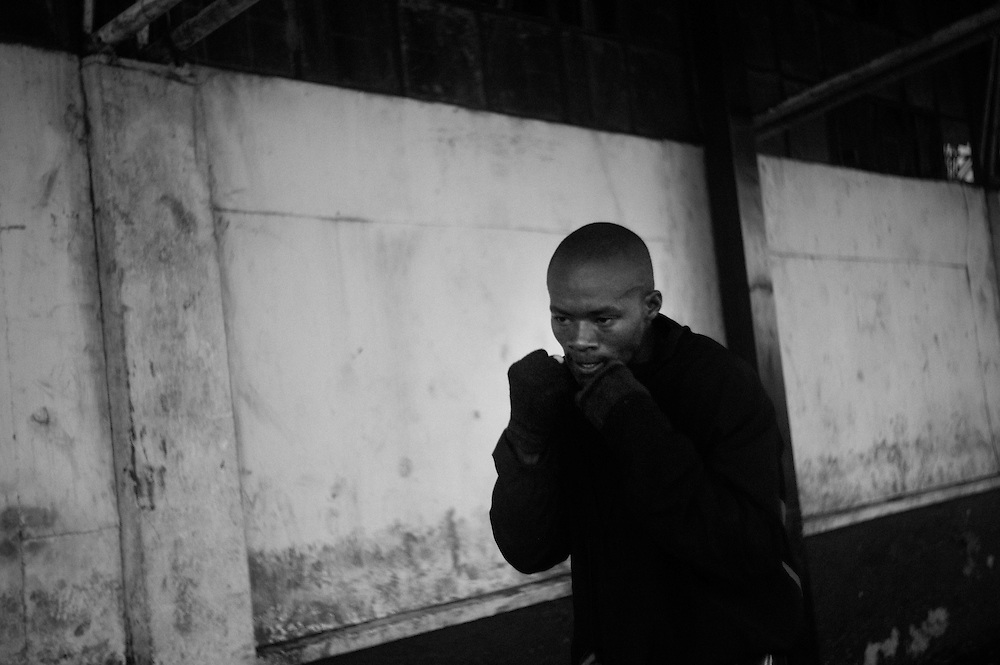