NAIROBI, KENYA - AUGUST 28, 2011: A community leader addresses a crowd of predominantly Luo youth at a weekly "kamkunji" in Kisumundogo village. Kamkunji is Swahili for "small gathering," and is a weekly venue for individuals to speak out about issues considered vital to community development. The gathering was started in 1990 when Kenyans were fighting for a multiparty government. 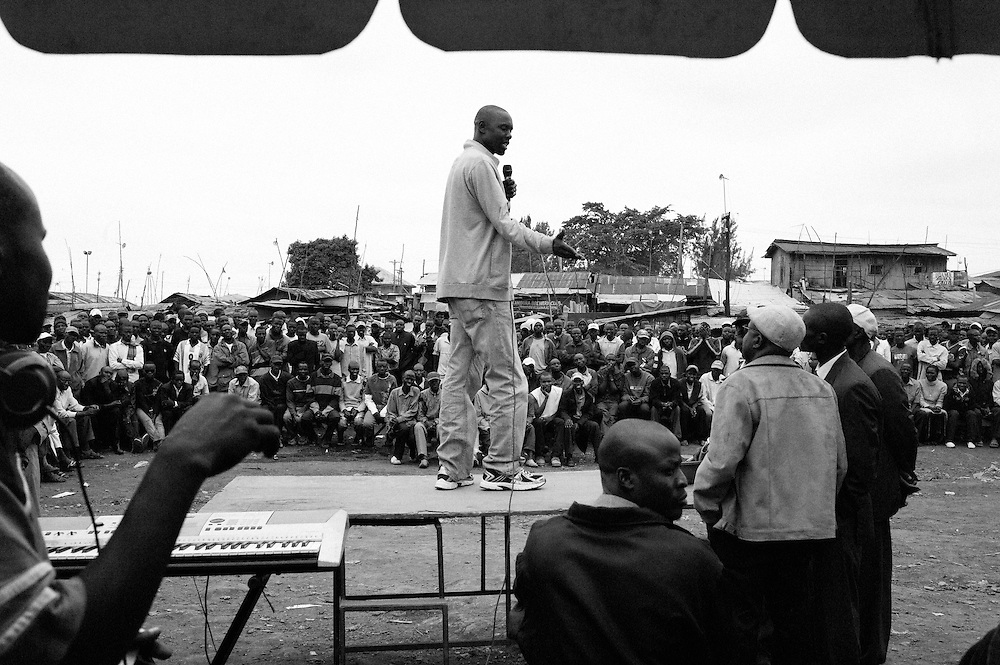