NAIROBI, KENYA - AUGUST 16, 2011: Kamau "Kelly" Ng'ang'a changes clothes in his one room apartment after excercising. Unable to find regular work in the slum, Ng'ang'a moved into this room in January of 2011 after a friend volunteered the space to him free of rent. 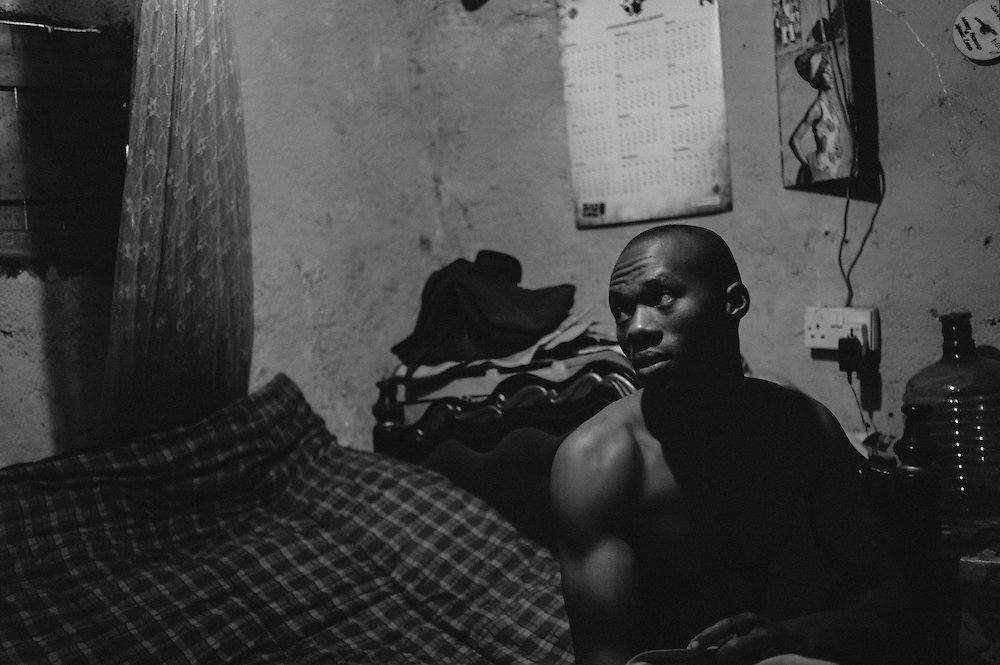