NAIROBI, KENYA - NOVEMBER 17, 2011: Kamau Ng'ang'a (right) prepares for an Olympic Qualifying boxing bout. As a Kikuyu, Ng'ang'a represents the tribe that was targeted most violently during the post-election violence of 2008. Despite his tribal affiliation, Ng'ang'a is the club favorite and hopes to represent the Kibera Olympic Boxing Club in the 2012 Olympics. 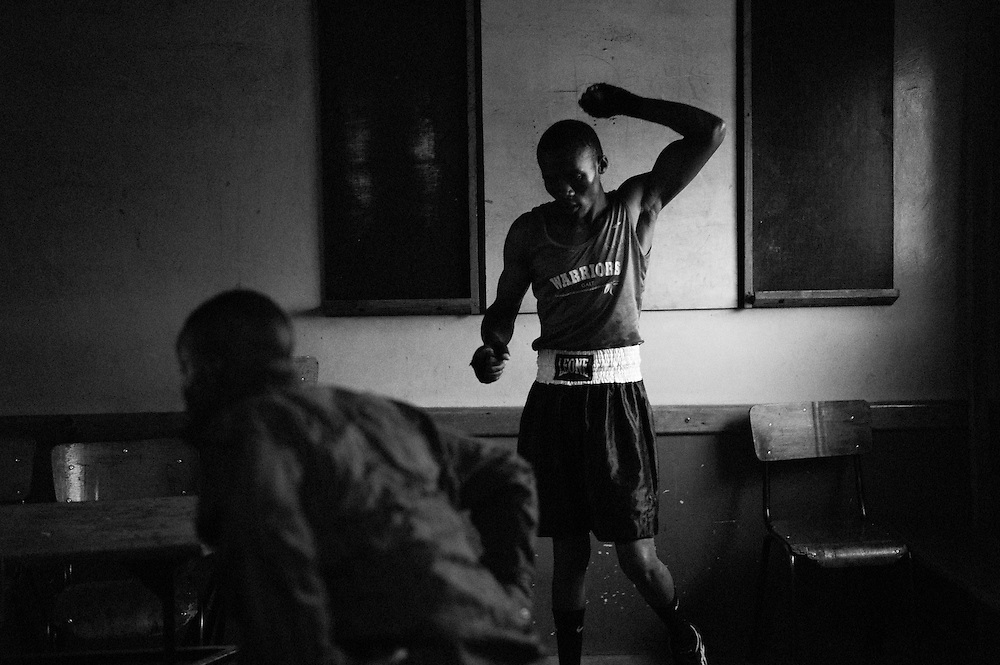