BETHLEHEM, PA – JUNE 14, 2011: Hector Ortiz, age 9, tosses a football to his uncle John Veanus near their home at 430 Grandview in Bethlehem's Northside. Hector, who is one-half Puerto Rican, is one of many Hispanic children whose families have moved out of the poorer Southside and into the middle class white neighborhoods of the Northside, across the Lehigh River. 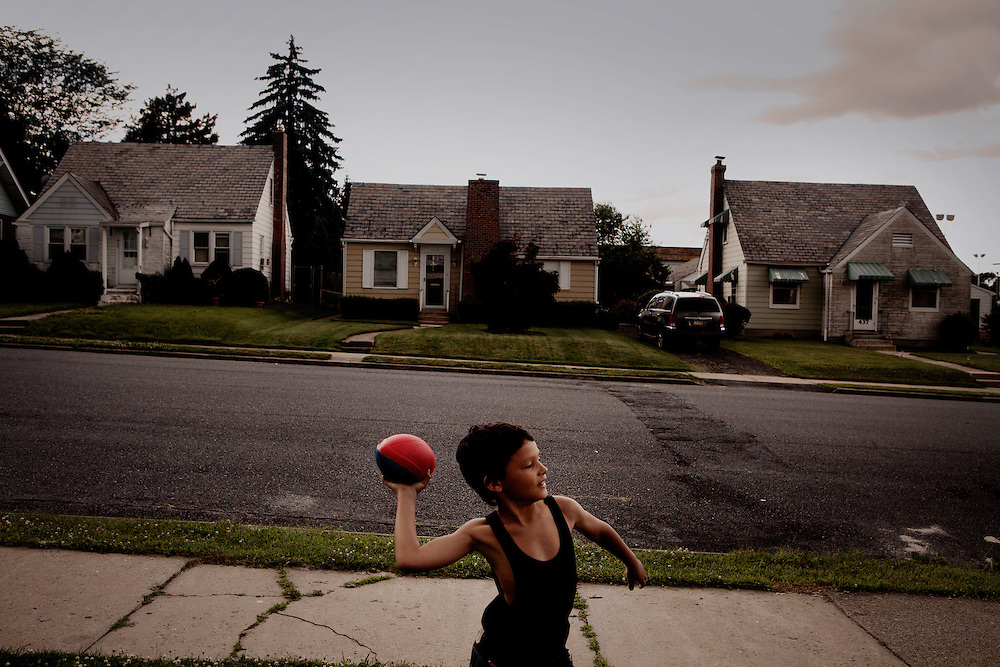