NAIROBI, KENYA - MARCH 17, 2010: Volunteers with Usafi Youth Group pilfer shoes and other salvageable items from trash mounds in Kibera slum. The group digs grave-like pits to clear out waste and open plots for sustainable agriculture projects on top of the newly fertilized earth. 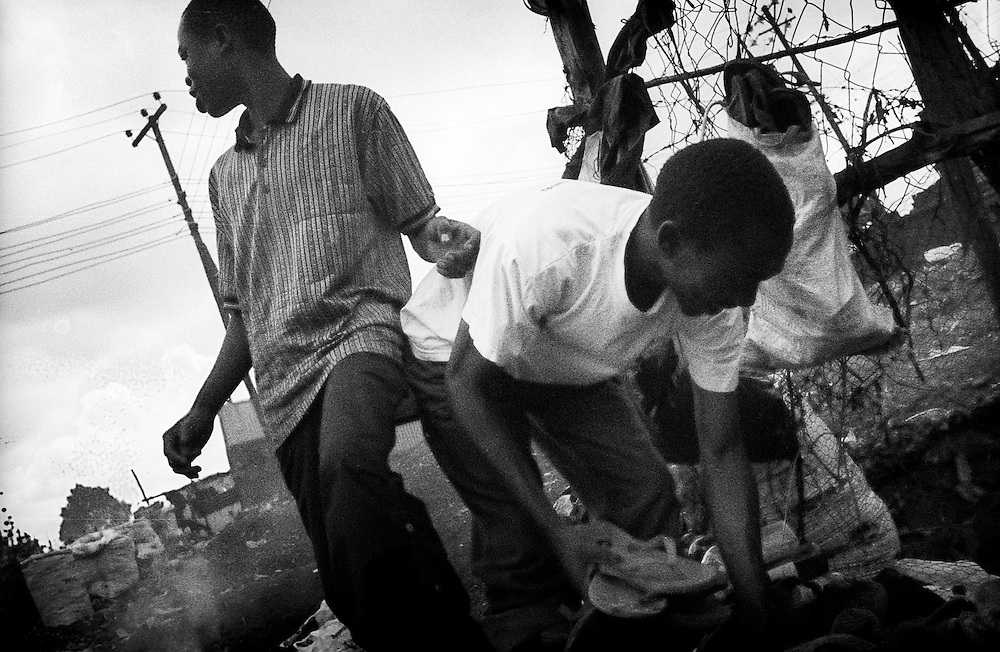