NAIROBI, KENYA - MARCH 18, 2010: In Jericho, a district on the outskirts of Nairobi, Kenyans assemble to watch a boxing match featuring members of the Kibera Olympic Boxing Club. 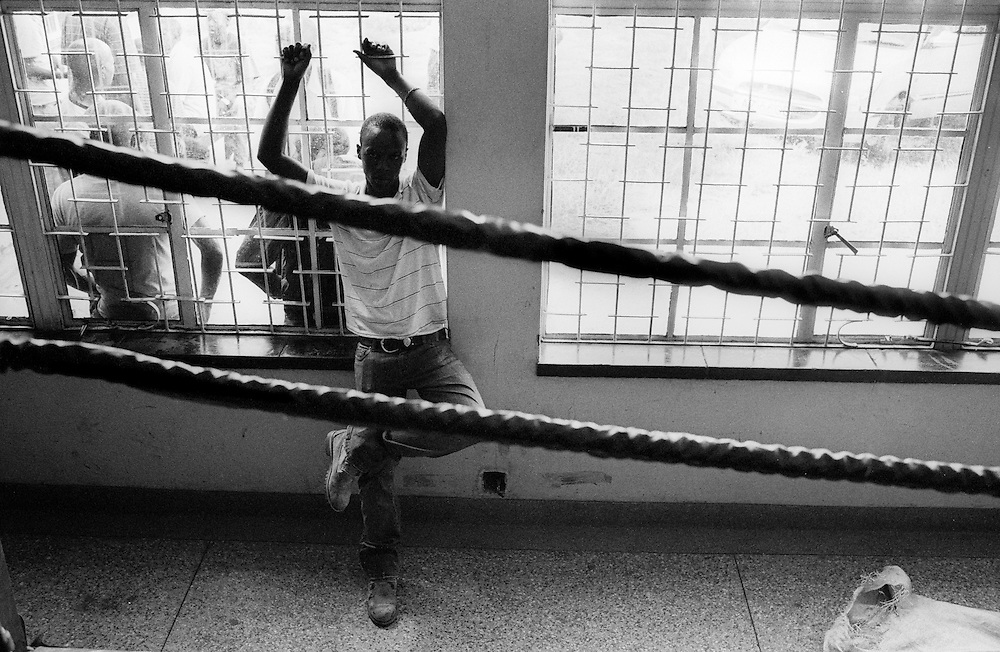