NAIROBI, KENYA - MARCH 18, 2010: A coach preps an athlete between rounds during a boxing tournament featuring the Kibera Olympic Boxing Club, Kenya Prisons and the Kenya Police and Armed Forces (AFABA). Each year, Kibera Olympic boxers aspire individually to make the national team, and the opportunity to compete in the annual Kenya Open boxing tournament. In previous years, boxers from Kibera slum have gone on to win tournaments on both the national and international stage. 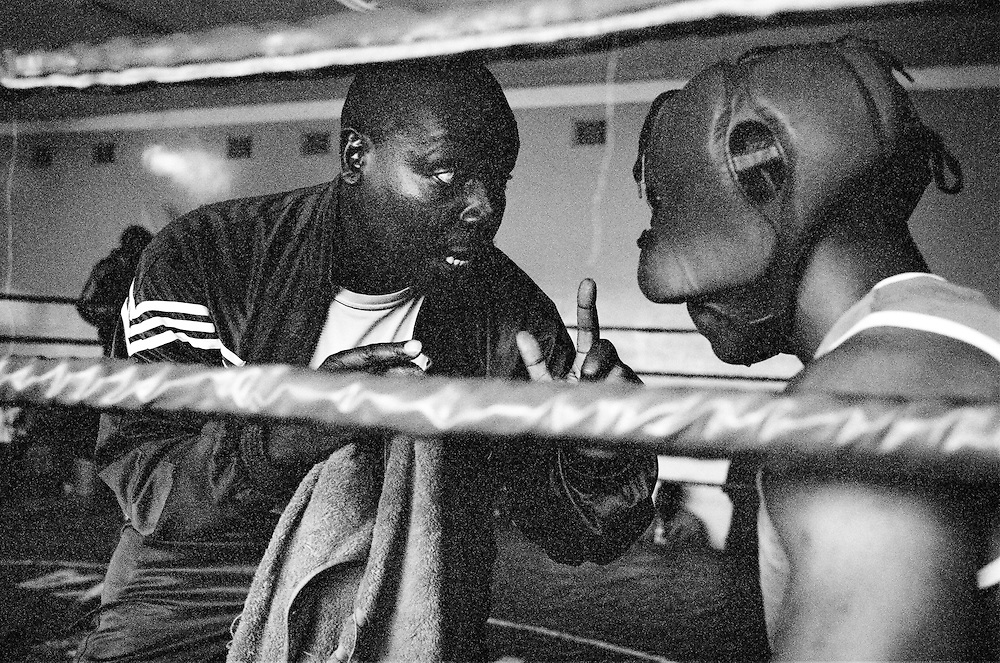