NAIROBI, KENYA - AUGUST 18, 2011: The Kibera Hamlets prepare to practice an acrobatics routine in Katwekera Village. Following the post-election violence that resulted in the deaths of thousands, Kibera Hamlets was founded with the mission of using creative forms of expression to sensitize the community to social issues while simultaneously utilizing youth talents and promoting education. 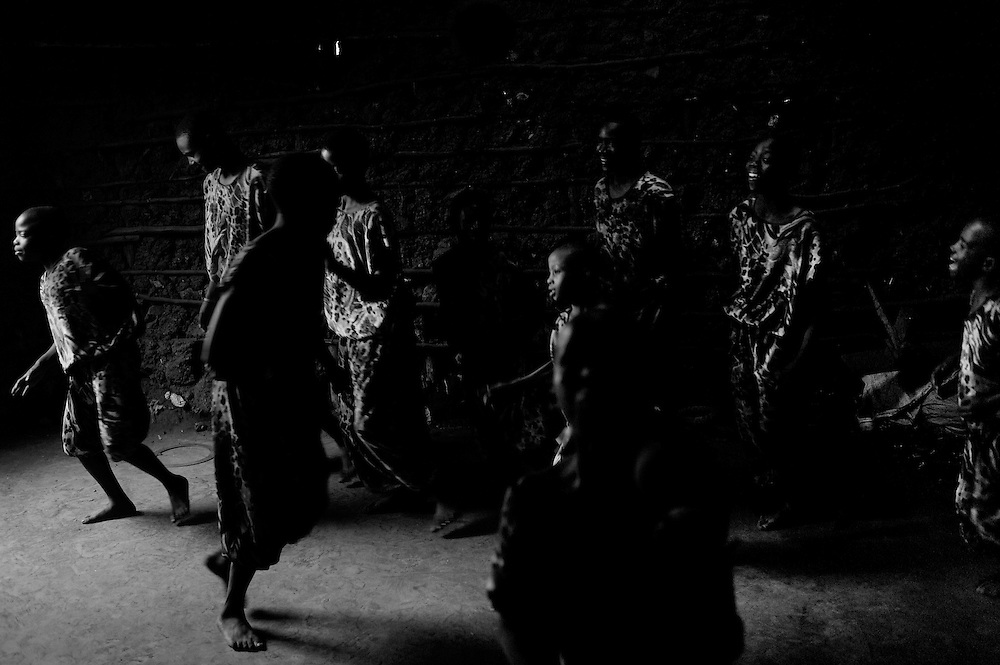