LEXINGTON, AL – MARCH 10, 2014: Chief of Police Augie Hendershot looks over scene of a fatal crash that took the life of Aubrey Wallace Williams, 32, in December 2013. Aubrey was killed when her vehicle suddenly veered into oncoming traffic. Hendershot believes the accident may have been caused by mechanical malfunction in her vehicle, a Chevrolet Cobalt. "Being a father who has lost a child, I want to be able to give that family closure and know we did it right, and not leave any question," Hendershot said. "The information we have tells me it was more mechanical failure with the car than her being distracted. No one can ever know what happened without being there. It was a very unfortunate thing that happened." CREDIT: Bob Miller for The New York Times 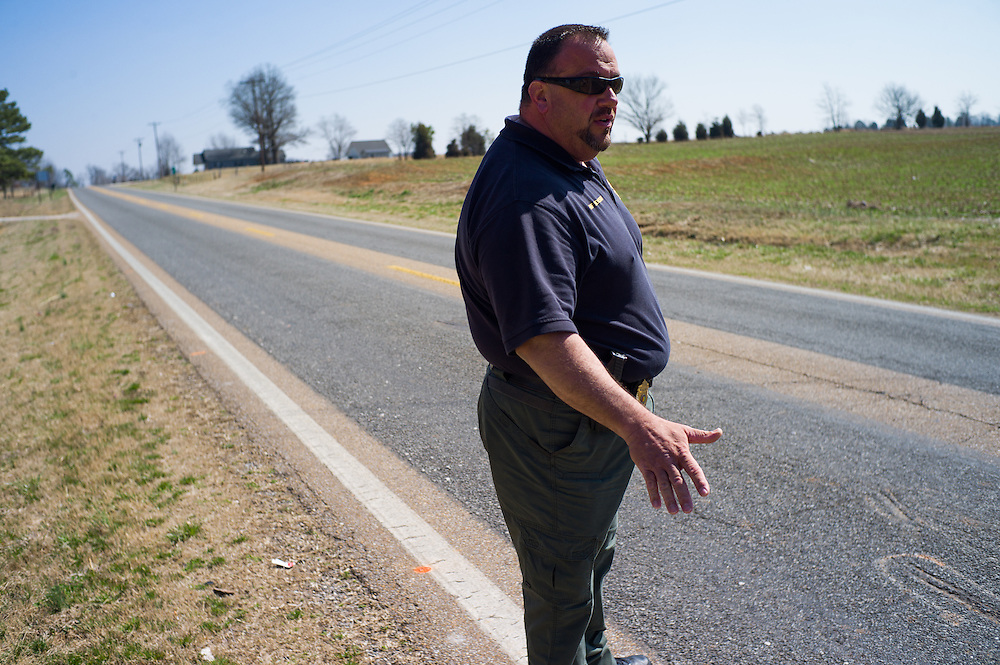