NAIROBI, KENYA - AUGUST 18, 2011: Idle youth in Kisumundogo village play "Whiteless," a popular billiards game in Kenya, at the former Railbreeze Pub. Once an active bar and restaurant, Railbreeze is now an empty hut in which Kenyan youth play pool to pass the time. 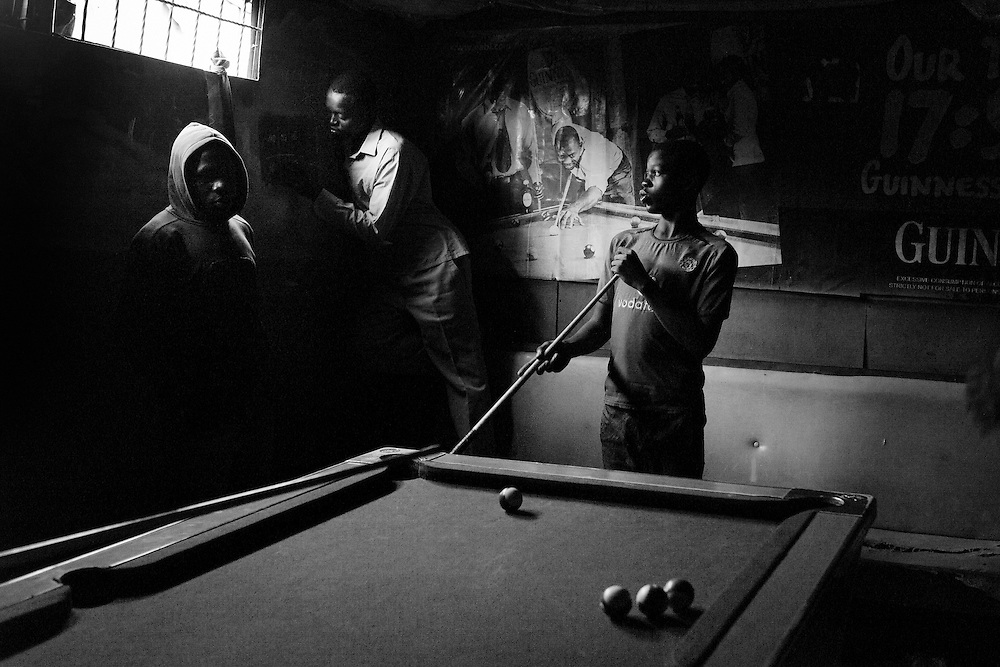