TIMBER for The Wall Street Journal

MERIDIAN, MS – AUGUST 3, 2018: Clayton George, 57, passes near the old farm house where his father was raised. The home, which is now flanked on all sides by pine trees, reminds George of his family's heritage on the land stretching as far back as 1926. Now a resident of Tennessee, George makes the four hour drive south every two weeks to check in on the 400 acre tract, and visit his father who still lives there.

In 1987, George and a friend walked in rows planting the family’s first batch of Loblolly pine, where soybeans, wheat and cattle once covered the family’s 400 acres. The shift to timber was largely prompted by the Conservation Reserve Program, a popular new farm subsidy in the 1980s that encouraged farmers to reforest depleted land by paying them for every acre of trees planted. Since 1926, the George family had made a good living from their eastern Mississippi farm, but the decline of soybeans and other crops eventually led George to consider growing trees instead – a crop that landowners throughout the south believed would bring in easy money. Thirty years later, however, the same landowners are now facing unexpected financial hardship. Stumpage prices have been on a steady decline – as much as 45% since 2007 – and landowners are rethinking timber as a worthwhile investment. “We figured we’d plant trees and come back and harvest it in 30 years, and in the meantime go into town to make a living doing something else,” George said. As co-owner of the family acreage with three other family members, George always considered himself the most nostalgic Now, as he patiently awaits for right time to harvest a 30 year investment, even he considers the future of the land uncertain. CREDIT: Bob Miller for The Wall Street Journal
TIMBER_AL 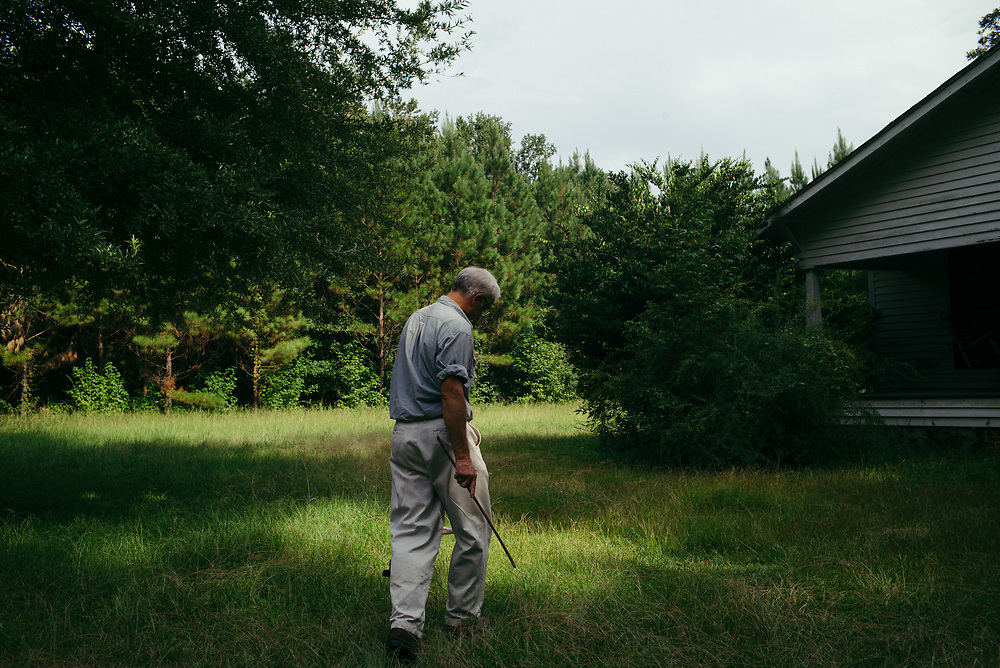