BETHLEHEM, PA – JUNE 18, 2011: Jose Marin, 22, greets a friend outside Nieves Grocery on 4th Street in Bethlehem as Angel Peres, 19, joins him from the alley. Like many Hispanics in Bethlehem, Marin immigrated to Pennsylvania's Lehigh Valley from Puerto Rico eight months earlier. 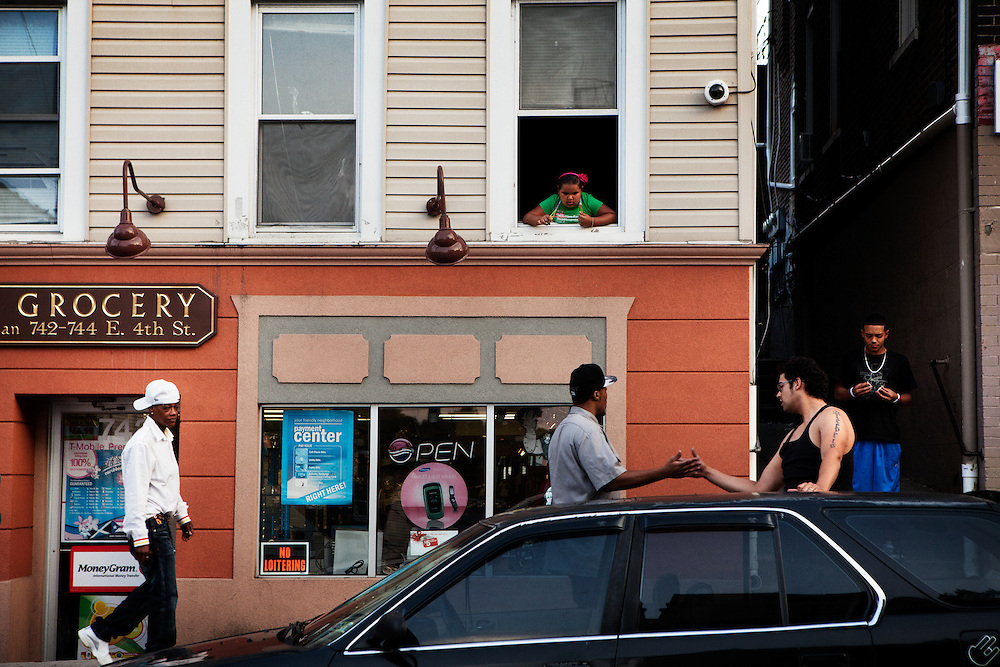