GUNTERSVILLE, AL – SEPTEMBER 3, 2019: Brianna Barker, 34, sits with her 8 year-old son, Callen, in his bedroom. As the founder of Huntsville’s chapter of the International Cesarean Awareness Network (ICAN), Barker facilitates support meetings and moderates online forums on topics surrounding cesarean birth in an effort to support mothers seeking a vaginal birth after cesarean (VBAC).

Barker’s first child was born prematurely by cesarean. Reflecting on the birth of Callen, her second child, Barker recalls feeling alone in her effort to have a normal vaginal birth. “It was really hard. I didn’t have a doula or any support network. Even today I have recurring nightmares where I’m alone in a dark hospital in labor. In my subconscious, I was just so alone.” With their third and fourth children the Barkers chose an out of hospital birth experience – driving 2 ½ hours to Tennessee for every prenatal appointment. During this time, Barker was involved in the fight to legalize midwifery in Alabama. “I knew I had many privileges that many others didn’t have. So I went to Montgomery. And the other mom’s and I – we all have this collective PTSD from dragging our screaming babies around Montgomery, marching to hearings and all that, just so there would be accountability. It’s incredible the amount of barriers to access for v-backs, but I was able to have a vaginal birth with Callen, and for that I’m so grateful.”

Although midwifery has been legalized in Alabama, from Barker’s perspective “the fight is not really over.” Today, many hospitals still ban vaginal births after cesarean. “There’s just so much misinformation, even about what the guidelines are,” Barker says. “They’re essentially mandating surgery for a large percentage of their patients, and I don’t want that for other people. I want to make a difference, so other mom’s can have the same experience I had. And if enough moms and families come together with more inform 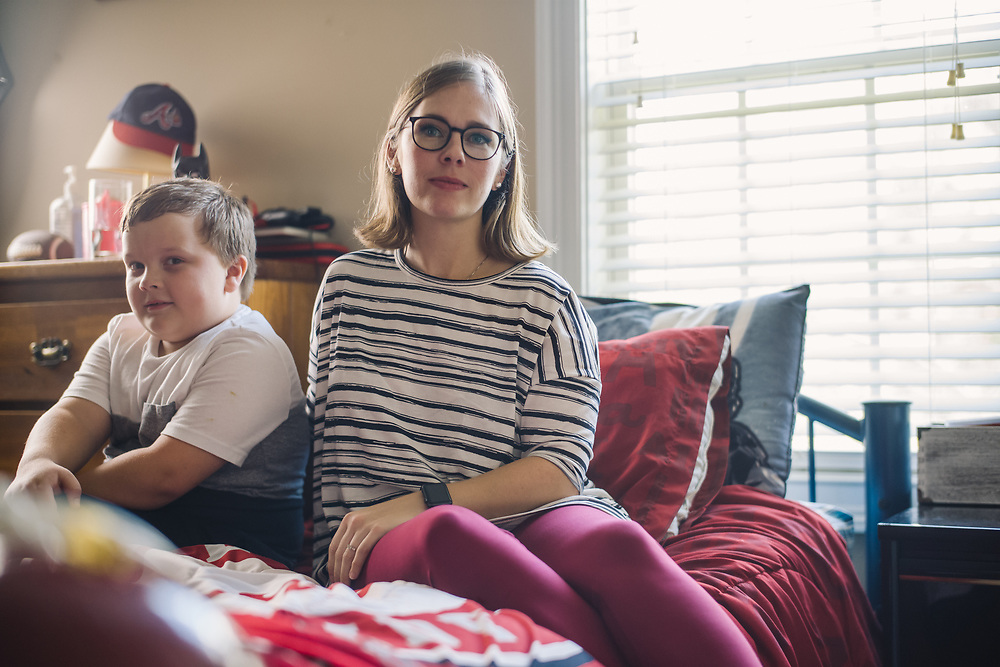