BETHLEHEM, PA – JUNE 19, 2011: Tony Figueroa, 37, dons a Philadelphia Eagles apron in preparation for a Father's Day barbecue in South Bethlehem with his children, Jayden and Kylie. Figueroa has family ties to Puerto Rico but grew up in the Lehigh Valley. He teaches English as a second language in Broughal Middle School in Bethlehem. 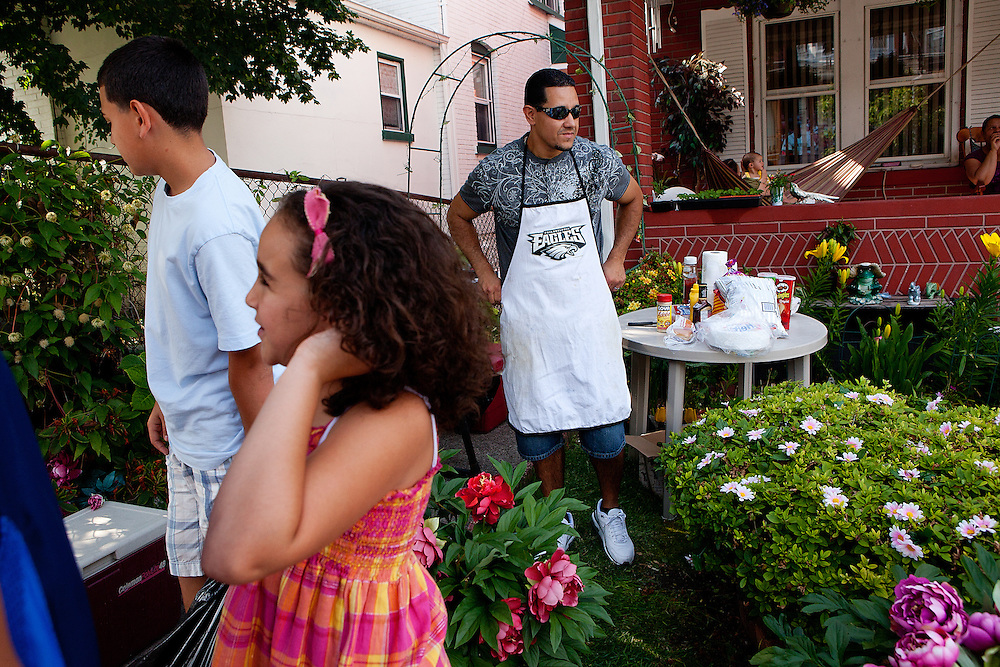