NUBA MOUNTAINS, SUDAN – JUNE 9, 2018: The remains of student dormitories stand untouched after a 2014 bombing destroyed much of Hieban Bible Institute. During the bombing, six children from the same family were killed when a parachute bomb dropped near the Institute’s entrance. Four other adults also perished nearby from bombs dropped by high flying cargo planes repurposed by the Sudan Armed Forces, which regularly carry out inaccurate but devastating bombing campaigns in predominantly civilian areas. 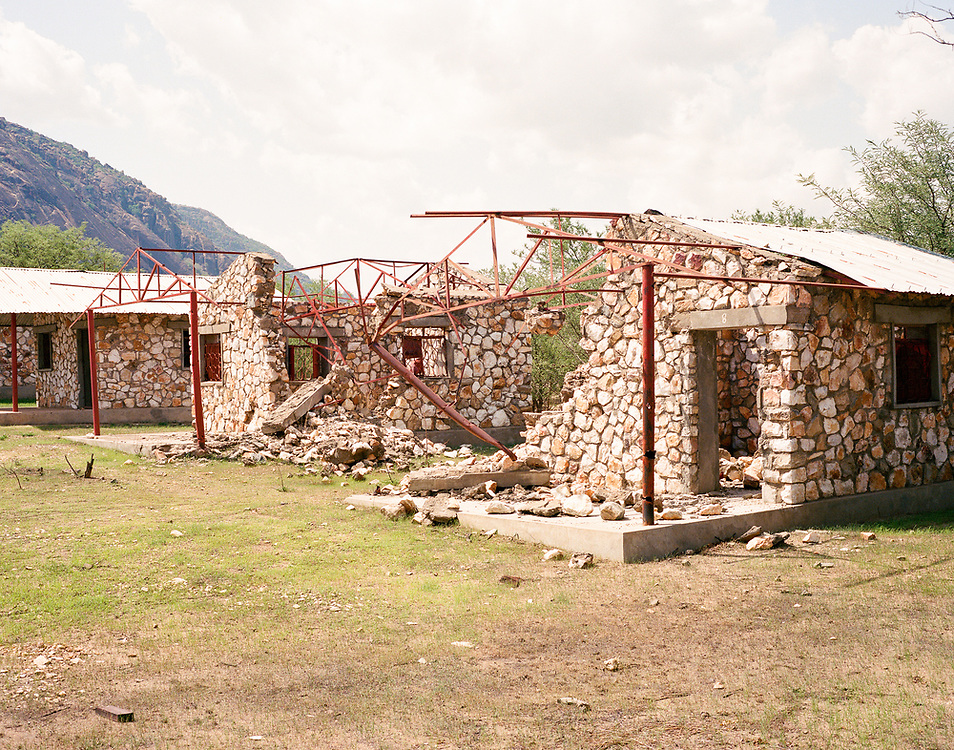