ALLENTOWN, PA – JUNE 24, 2011: Dennis Mendez, 39, smiles as he enters the dance floor at Candidas, a local bar in Allentown that has become a hotspot for the growing Hispanic gay community. "I think it took all these years for my family to realize who we are," Mendez said. "There's something that needs to be done. It's not about being strait, not about being gay. It's about being American." 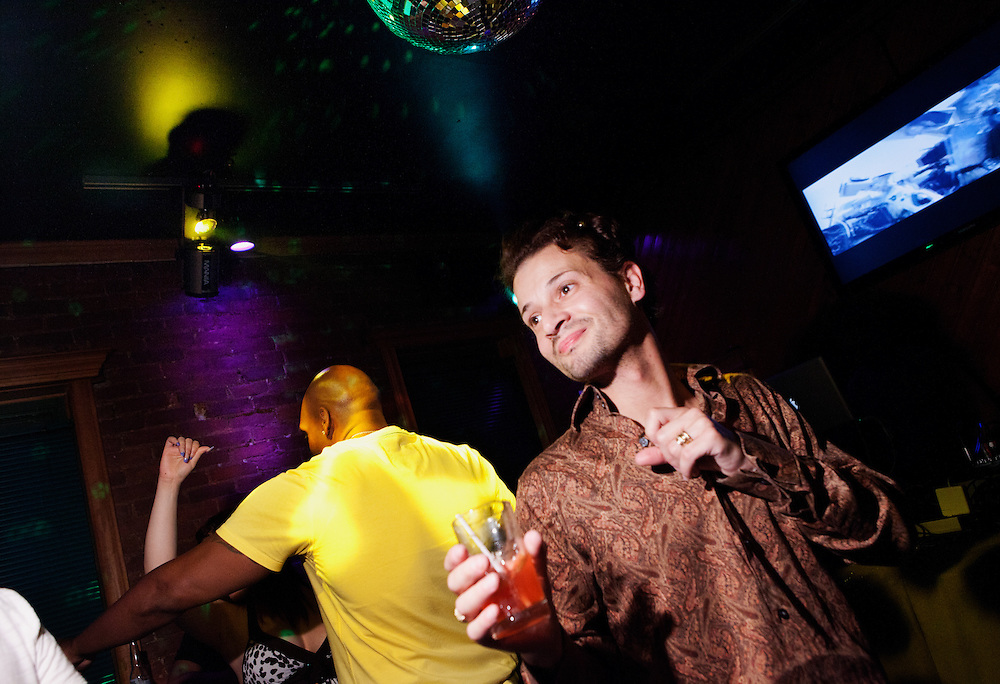