HOOVER, AL – MARCH 1, 2016: Deanie Coe, 66, stands outside the Hunter Street Baptist Church polling station, where she cast her ballot for Donald Trump. "He's tough and he’s strong," Coe said, "and I feel like he's going to stand up for America. The country needs to be fixed. Washington is broken and I'm ready for a change. I don't like all the in fighting on the Republican Party but we have some strong candidates out there that will stand up. Christians need to take a stand, and one candidate in particular says he's going to put Merry Christmas back in the Whitehouse. I really like that. I like that fact he said he was going to send out Christmas cards."

On Super Tuesday, voters in the economically vibrant city of Hoover turned out to voice their support for a presidential candidate. Located in the Appalachian foothills, Hoover is the largest suburb of Birmingham and is home to several planned communities with idyllic neighborhoods tailored for the upper middle class. CREDIT: Bob Miller for The Wall Street Journal
OLDCITIES 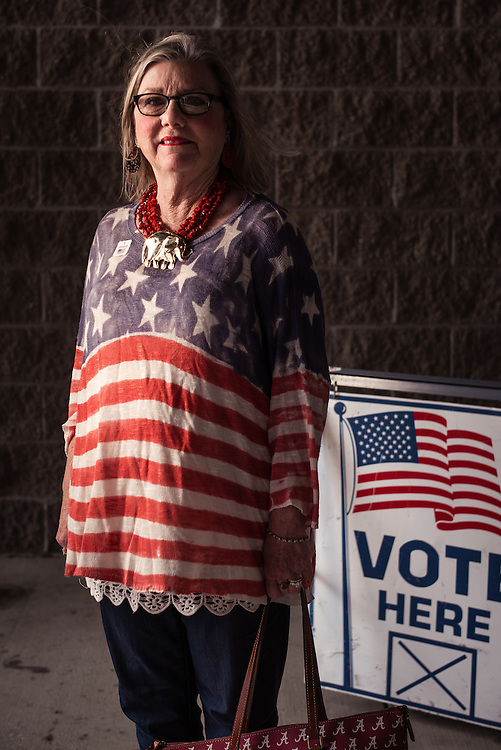