TUSCALOOSA, AL – SEPTEMBER 28, 2016: Megan Kaper from Liberty Township, Ohio walks to her dorm after class at the University of Alabama. Despite the rising cost of college tuition nationwide, in state student enrollment is becoming less profitable for major public universities. In response to these financial shortfalls, flagship universities around the country are working hard to rebrand themselves as attractive institutions for out of state students. The University of Alabama has begun an aggressive campaign to recruit out of state students, as the revenue from those students is much greater. CREDIT: Bob Miller for The New York Times 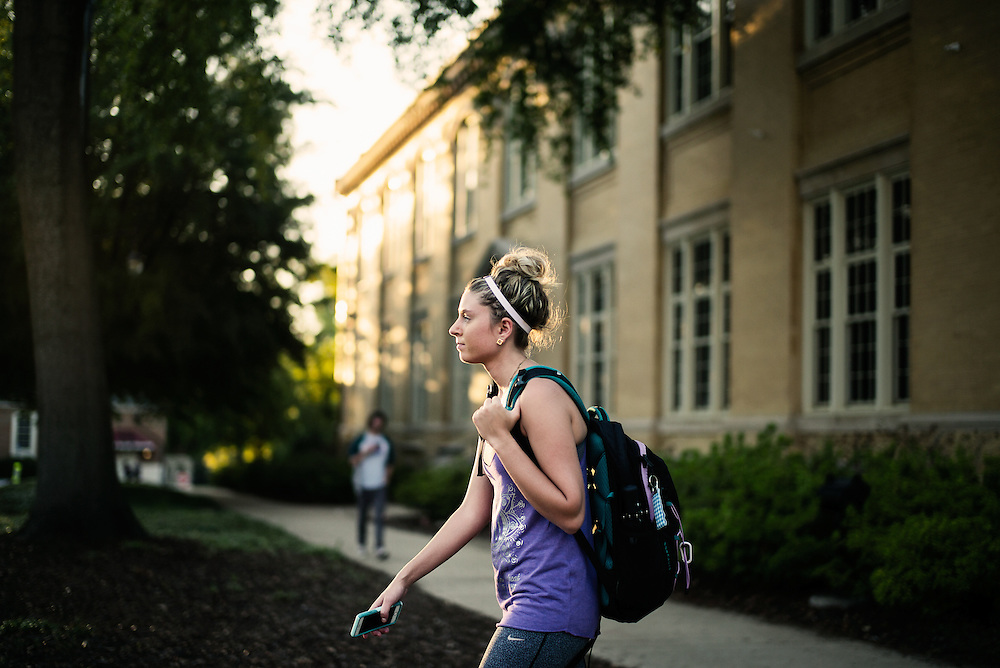