BETHLEHEM, PA – JUNE 19, 2011: Aeri Rosto (right), 53, grills hot dogs and kabobs to celebrate Father's Day outside the home of Eugenia Rivera, a Hispanic South Side Bethlehem resident. Rosto has lived the U.S. for 32 years. "My father was a cook," he said. "I started cooking with him when I was eight years old. I love it here. I have my 3 kids, my grandson. It's a great place to live."
Although Rosto lives in Bethlehem, he works in Somerville, New Jersey to support his family, commuting 45 minutes to work each day. 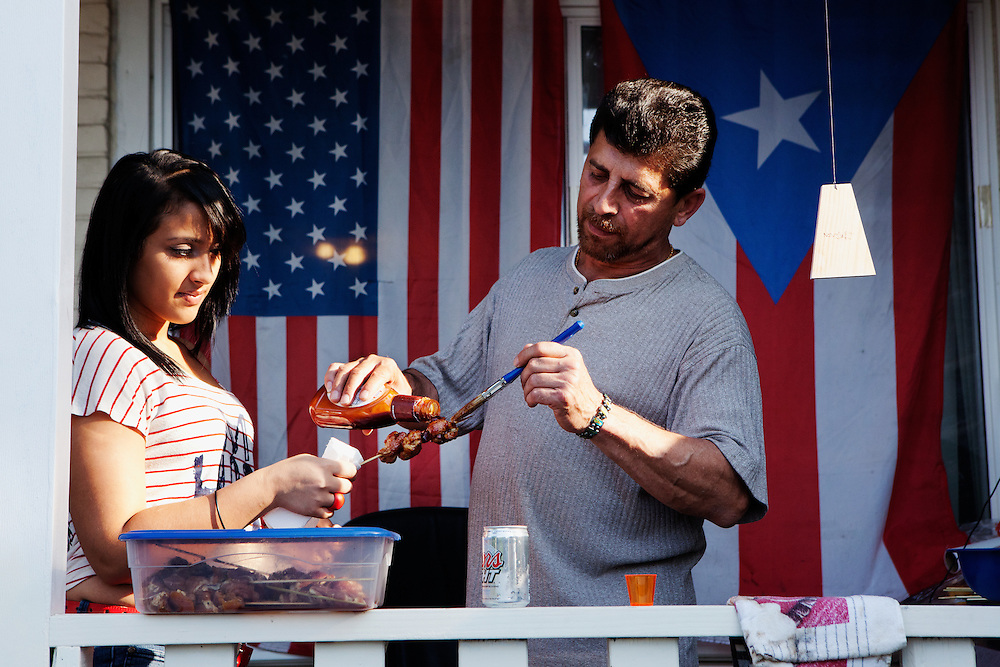