BIRMINGHAM, AL – MARCH 7, 2017: Third graders at Glen Iris Elementary practice the upstroke during a cursive writing class with Afsaneh Beauvais. Beauvais, an elementary school teacher of three years, believes cursive writing is valuable even in the digital world. "It's relevant to real life," Beauvais said. "If nothing else, everybody has to sign their name."

With the adoption of Common Core standards in 2010, school districts have begun to weigh the value of cursive writing compared to modern communication methods favoring laptops, tablets and cell phones. The discipline, once considered an academic rite of passage for young students, is now at risk of being replaced as school districts nationwide weigh the value of cursive writing.
CREDIT: Bob Miller for The Wall Street Journal
CURSIVE 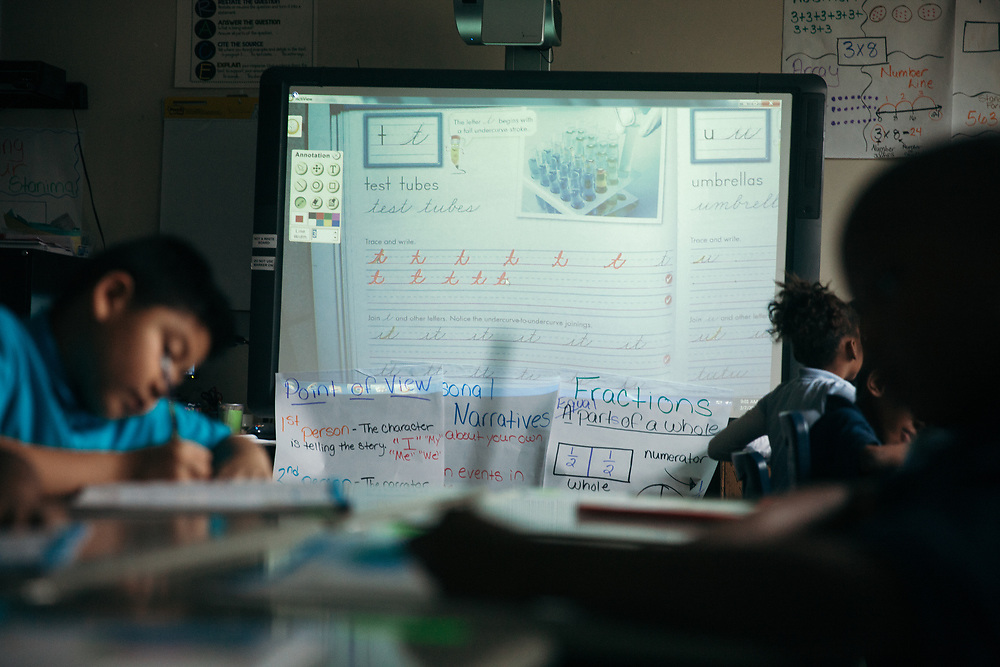