NUBA MOUNTAINS, SUDAN – JUNE 9, 2018: A view of SPLA/M-N controlled territory from the only dirt road connecting the Yida "host community" in South Sudan to the Nuba Mountains in the north, near the Sudan border. Founded in 2011 by Samaritan’s Purse, and strategically located near the border with Sudan, Yida was originally established to provide refuge for for the thousands of Nuba refugees fleeing persecution by the Sudan government in the nearby Nuba Mountains. Within three years, Yida had grown to a population of 75,000 – representing refugees from across the region. Two additional refugee camps, Adjuonthok and Pamir, were then created to disperse the steady influx of refugees fleeing conflict. The road between the Nuba Mountains in the north and the refugee camps in the south is extremely difficult to traverse, flooding often during the rainy season. It is maintained entirely by the military under the command of Abdul Aziz Adam al-Hilu, current chairperson of the Sudan People's Liberation Army-North. 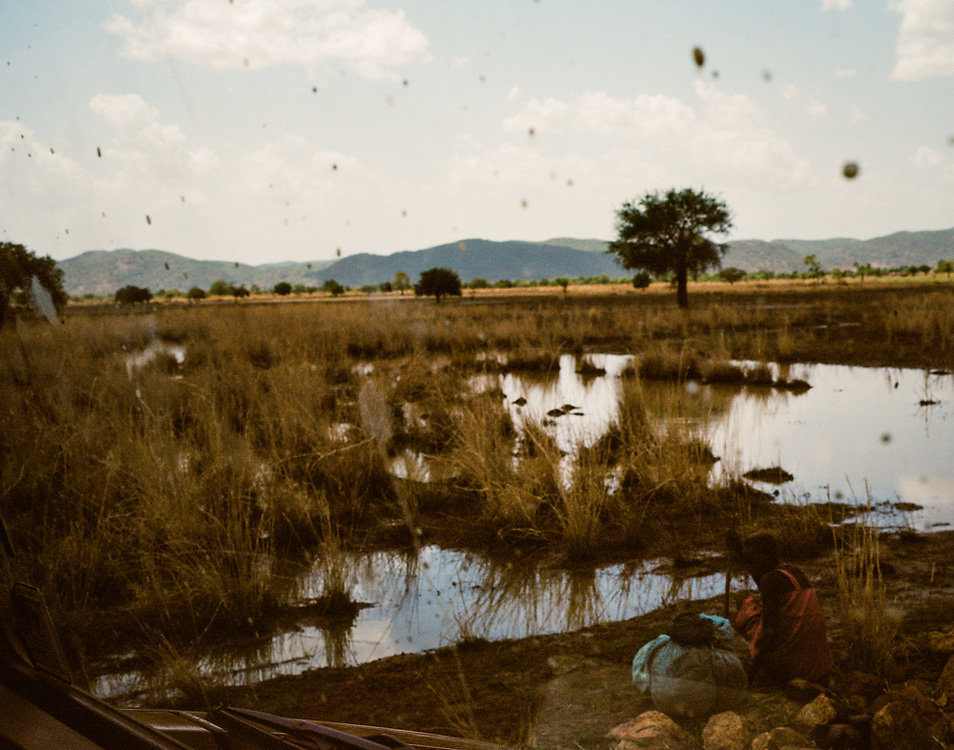