NAIROBI, KENYA - MARCH 18, 2010: In Jericho, a district on the outskirts of Nairobi, athletes with the Kibera Olympic Boxing Club await the announcement of their opponents as the ring is assembled. 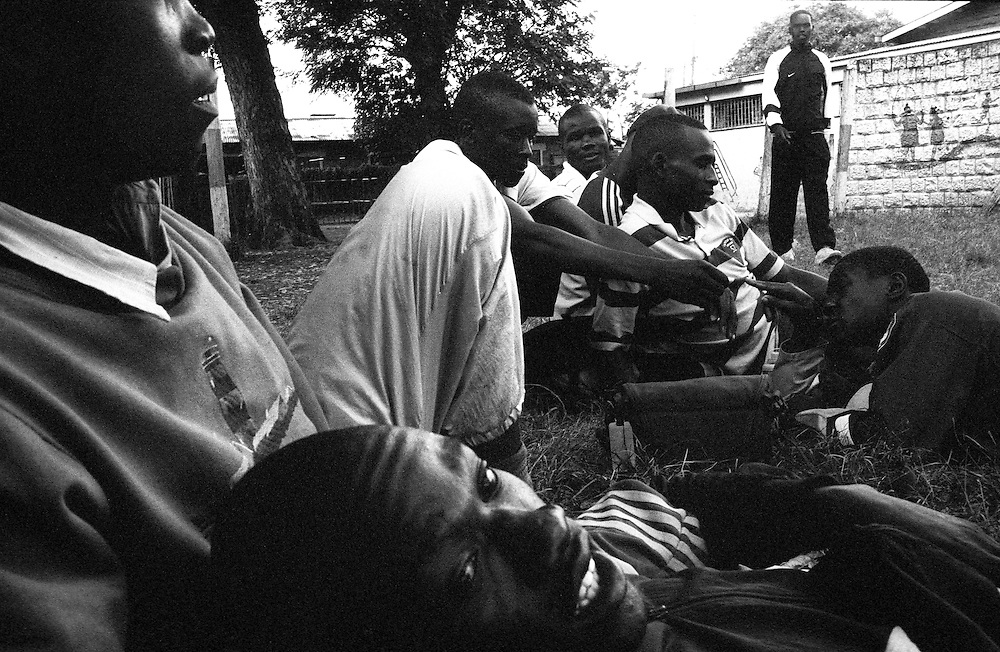