BETHLEHEM, PA – JUNE 28, 2011: Betsy and Wendy Santos of Bethlehem, Pennsylvania hang out at their stoop on June 28, 2011. As a lesbian couple, each share children from previous marriages and represent a growing number of same-sex Hispanic couples in the Lehigh Valley. 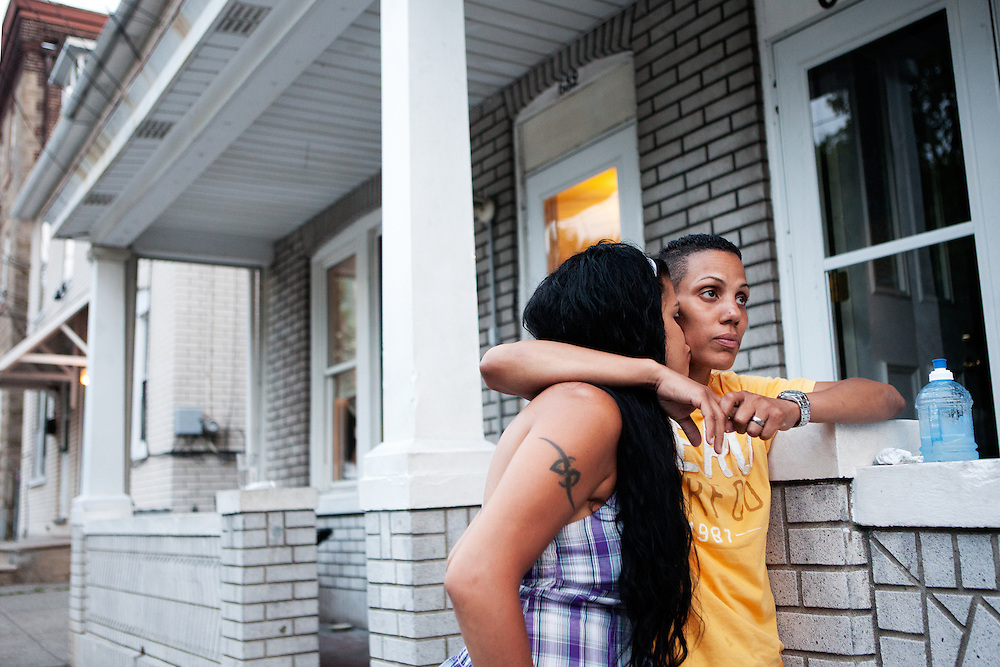