BETHLEHEM, PA – MAY 30, 2011: On Memorial Day, 2011, families wait for ice cream from Gerry Torres, a Puerto Rican immigrant who has served ice cream out of a truck he has owned for eight years. Saucon Park has become a well established hang out spot for the rapidly increasing Hispanic population in the Pennsylvania's Lehigh Valley. 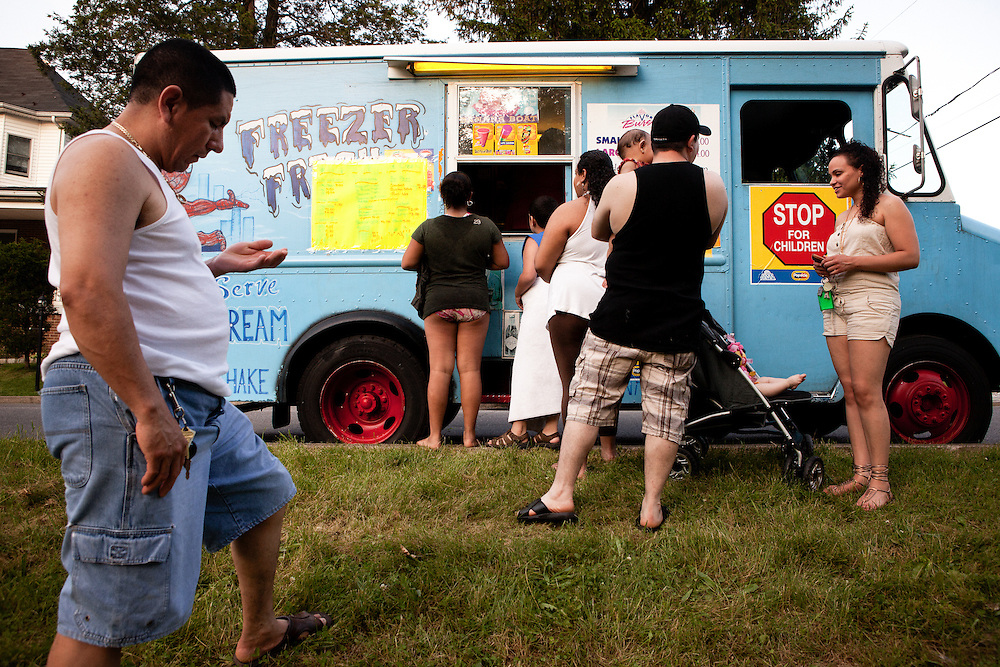